Successfully hitching a ride with one cool bus driver.

People have been hitchhiking for ages; yet until recently, I never had any luck with what is commonly known as hitching. While not extremely complicated, hitchhiking involves more than just standing on the side of the road and sticking out my thumb. With the five lessons that I’ll be sharing, being stranded in the middle of nowhere or waiting hours for a lift can be avoided (along with having some fun through the experience).

I do not recommend hitchhiking in areas where safety is questionable.

Once I know what my next destination will be, I make sure to study a map. Ideally there will be a single traffic way leading to where I am going; however, if given multiple routes, I will look for a main road. So if I have to walk 20 minutes from the middle of a town to get to the desired street or highway, I will do just that. Next, I want to be in a location where it is comfortable for drivers to pull over. This means to avoid being along steep hills, within a corner, or on a section of road with no emergency lane. Great places to be—just after an exit of a gas station, shopping center, or cafe (drivers will have a good look at me when entering and leaving these places); areas that will force drivers to slowdown, such as a couple hundred feet after a sharp turn, or on top of a steep hill. One other aspect of a location, is time, which can make or break it. For instance, if I am in a touristy part of town, I will attempt to hitchhike during the average hotel checkout (usually 10-12 AM). Lastly, hitchhiking at night can take the hope out of the best locations; typically, I call it quits by an hour till dusk.

Keep track of how long it takes to catch a ride—based on my average wait time in New Zealand, if it has longer than an hour, something is wrong, and I will change location or wait until the next morning if possible. 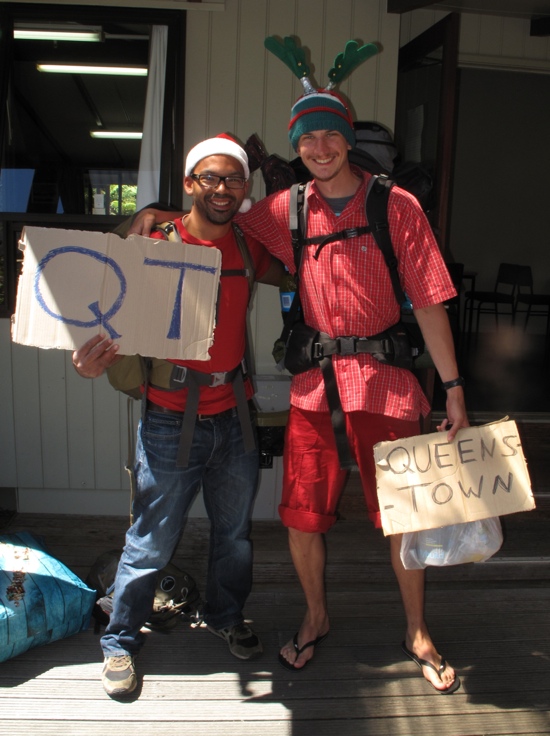 Here I am with my good friend Mxmln (Max), before hitching our way to Queenstown, New Zealand. He showed me many of the techniques that I’m now sharing.

People are not just looking to do a good deed by picking up a hitchhiker, often they want to hear a good story or two from someone well traveled, or just need a person to talk to during their long drive. With that said, no one wants to pickup an “emo” looking guy. So I make sure to smile; better yet, I wave as well. This applies to the cars speeding by, or even the ones going the opposite direction. Potential lifts following behind will take notice, and it will also serve to keep my spirits up during those long waiting periods under the sun. This is especially important for us guys, as we often have triple the average waiting time than women. Which brings us to Lesson #3.

Show off those bags—I have been told multiple times by drivers, that they are weary of those traveling around with nothing but the clothes on their back.

From my experience, it is fairly difficult to catch a ride while hitchhiking with another person, and even worse, as a group of three or more. The exception to this observation, is two women, or a guy-and-girl traveling together. With the latter, this actually betters my chances when compared to going it alone. Many drivers are intimidated by male hitchhikers, so increasing our numbers will not help. Honestly, during most situations I personally wouldn’t even stop to pick up three guys. Will they be drunk? will they try to steal my car? will I have to listen to their stupid conversations for the next two hours? If traveling as three is unavoidable though, one tactic has worked for me while in a pinch; have the others hide. When the driver pulls over, I casually mention to he/she that I have two more friends that are in need of a ride, while giving the option of taking only one or two of us; in the case that the driver is uncomfortable with the unexpected group.

Lesson #4: Signs can work for or against you 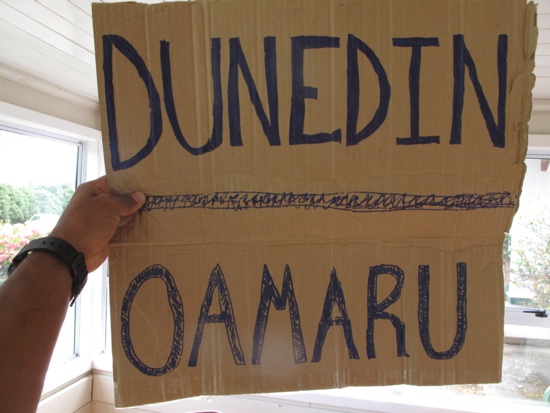 The sign worked perfectly, as I was able to get to Oamaru (136miles/220km), New Zealand, through two lifts. First ride left me near Dunedin (68miles/110km).

Signs are most useful when traveling short distances, yet, least advantageous when I am traveling to a unusually-far or little-known destination. For instance, if I am going 15 minutes from one town to the next, putting my destination on a sign will almost guarantee a quicker ride. Reason so, most drivers are not going very far, and are also more comfortable with taking a complete stranger a short distance. On the flip side, holding a sign in Seattle, Washington, which shows that I am going to San Francisco, may not do me well. It might be better to have no sign at all, but best to have a sign listing two way points that are within a reasonable distance; e.g. Portland and Eugene, Oregon, which are within a 5hr drive. For this, I keep a small stash of cardboard handy, along with a fat-tip marker.

Lesson #5: Be gracious and enjoy the ride 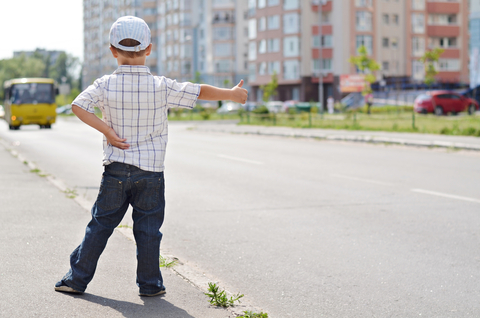 Hitchhiking has opened up a whole new world to me. While hitching in New Zealand I was given the opportunity to meet so many different locals and travelers alike. Individuals who I normally wouldn’t cross paths with at a hostel or typical bar—elderly couples, farmers, and other walks of life. More often than not, these people are all for talking, so I make use of that chance to learn much about them during the drive. I am also sure to be respectful—no swearing; avoidance of political or religious views unless questioned of them; and asking permission before eating in their car. Lastly, I often offer to buy the driver a drink (soda or coffee), or will give away whatever the person might find useful, even it is just a cookie. It’s the least I can do.