I’ve been in 4 different countries within the past month, which is a break-neck pace for me. I am winding up my travels as I get closer to winding down within the coming weeks. I’ll be transitioning away from backpacking for a while. And one of the countries that I was saving “for last” and anticipating the most, has been New Caledonia. A French territory found at the western edge of the South Pacific Ocean, lying nearly as far as possible from mainland France. Yet soon after I traveled the vast distance I had done to get there, I found myself feeling stuck. 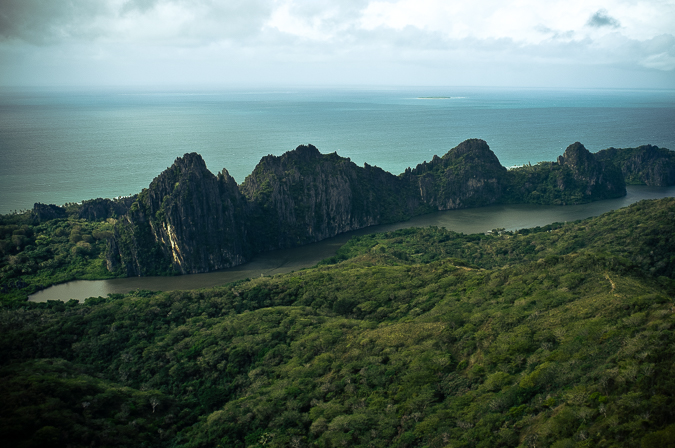 An older French man living in New Caledonia that I had met, described the country himself as a “dead-end” for many backpackers and travelers. I was beginning to understand just what he meant. So few people who live in New Caledonia can understand or speak English; the accommodation is mediocre and expensive—with only one hostel in the entire country; if you want any degree of freedom in how you explore, you’ll find public transportation to be very painful; and you’ll scarcely encounter other travelers within the country, so socially, it can be a challenge.

To put it frankly, I wasn’t looking to socialize with other travelers at the time. And my French was adequate. But all of these other “issues” were money problems. And I had just un-expectantly went through all of my travel savings—an emergency fund is what I had been operating off for the prior two weeks. I also went against my norm and booked my return ticket in advance. I was trapped for the month.

That was my first thought, at least. 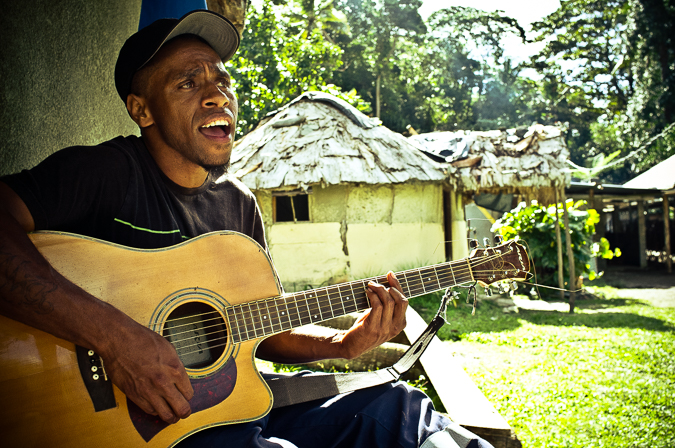 I was never stuck. My choices were several. I could re-book my flight and see my family in Los Angeles within 10 days. I could have said the “the hell with it!”, and just paid $1500 for a nice Airbnb rental for the duration of my stay. I could have spent a bit less on a shabby suburban apartment that was offered to me, so I could simply focus on building a business product within solitude. I could of hitch-hiked and camped out for 30 days on the cheap. Or I could have made myself depressed, by staying in an affordable dorm bed for the rest of my days there—something I had seen others do, in fear of uncertainty.

But we always have a choice. We never do a thing that we wouldn’t want to. As even the hypothetical gunman would ask, “You want to stay alive, dontcha?”, as he’s holding that gun to your head.

And well, I chose to live. Though I had waddled for a week in my own frustrations before I had pushed myself to that decision.

One month since my arrival in New Caledonia, I’ve hitch-hiked across the country. I camped out in the rain with a dysfunctional tent. It was incredibly lonely, but before I could give that thought much chance, I found myself dining with a French couple who invited me over to their campsite. We enjoyed deer stew, fresh clams, garlic roasted brie, and toasted baguette… the French know how to eat exceptionally well under any circumstance.

I later stayed within a tribal village in the north-east of the country that was recommended to me by a local. A “gite”, or homestay. There I was able to get insight into a truly self sufficient life style. All the food that had been shared with me, was either grown there or hunted for in the forest. And to help provide the few things that must be bought by the villagers, such as fuel—well, that’s where the small fee I had paid came in. Despite that, I felt truly welcomed into their home. Sleeping peacefully each night under a palm leaf roof. Then I decided to leave for a different country all together.

Throughout my first days in New Caledonia, I heard stories of Vanuatu, a neighboring island country which I was oblivious to. So I went there with absolutely no plan.

Within hours of my arrival to Port Vila, the capitol city of Vanuatu, I found myself deciding to join a small crew on a 40ft sail boat. An opportunity that I had to take a chance on. I stayed on that ship for 2 weeks. At times I navigated and steered by the winds and stars alone, within the middle of the night.

The 3 islands that we had sailed off to, each offered their own wild adventure. It was on Santos that we dived into the depths of an old World War II shipwreck at night. Here we drifted within a massive cargo room—our flash lights turned off—surrounded only by small glowing flashlight fish. The closest thing I could imagine to floating off in space.

On the slender and ever-cloudy island of Pentecoste, I witnessed “land divers”. An occasion where some thirty villagers in number—men, women, and children—danced, sung, and cheered the few who leapt off tiered wooden platforms. Only for the vines tied to their ankles, and the impact on soft dirt from as high as 4 stories, were the land divers able to eventually stand back on their feet. Then there was the most incredible volcano I have ever hiked to on the island of Ambrym. Its crater bubbling with lava that was hypnotizing to gaze at. It was only for the spewing smoke that began to poison our lungs, for which we were spurred to leave the summit.

My last night on the sail boat ended with the joint celebration of the 34th birthdays of John, a fellow crew mate, and my own. Having been born just a day apart. This was thanks to 5 new and incredible friends, bonded through our shared sailing experience. All notion of being at a dead-end had long vanished back into nothingness. 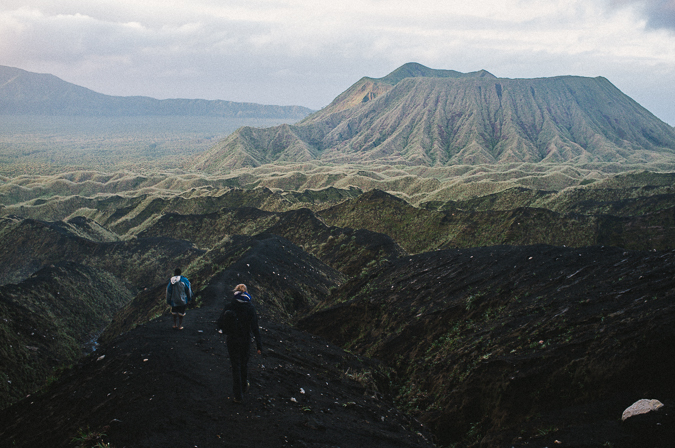 Hiking back from a volcano on Ambrym Island, Vanuatu - June 2015

I do not always make the best of my chances, but that matters little to me now. I just know where my choices have lead me to—which is to a point of great appreciation for all of the opportunities, small and large, that life continuously brings my way.